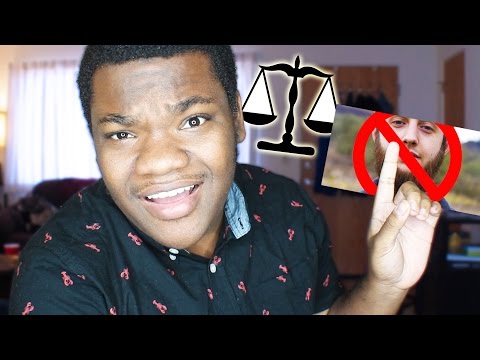 Did you guys know that in Florida It is illegal to have sexual relations with a porcupine! That's an actual law that exists in the State of Florida! I don't know what happened there! How are you? Great That's [sex noise] There is a surprise announcement at the end of this video, so stay tuned! So I was scrolling through the app, "Candid", when I came across a political strand of "weird laws around the world" Which is what prompted this video! Without having the personal backlash and judgement from other people And no judgement means you can have real, authentic conversations about politics, religion, technology, LGBT

For those who don't know, Candid is a new anonymous app, where you can voice your opinions About weird laws around the world! And speaking of which, I feel like some of these lawmakers have too much fun making laws! To the point where some of these laws make no sense why they were invented in the first place Which makes you think – what on Earth happened to make these lawmakers think 'This should never happen again!' In Marshalltown, Iowa – horses are forbidden to eat fire hydrants SKOOKETH What kind of horse will eat a fire hydrant?! Was there actually a time in history – in Marshalltown, Iowa – when people were just walking around, enjoying their day, then open their eyes, and see a random horse, in the middle of the road, devouring a metal fire hydrant?! Which made them think "NEVER AGAIN!!!!!!!!!!!!" Did this happen more than once?! What do you feed the horses out there?! In Chicago, Illinois – it is illegal to eat in a place that is on fire OKAY! #true! I kind of understand where this law came from, 'cuz if I was in line at Chipotle, and the place just decided to spontaneously combust, I still would not leave that establishment until I got my Chipotle! OK! I am in the line at a food establishment! I AM HUNGRY! And when I'm hungry, I don't think right! Like half of my videos I make early in the morning, when I haven't eaten anything yet And y'all know how crazy I am! This one's fucking me up right now! Apparently, in Eureka, Nevada, if you have a moustache, it is illegal for you to kiss a woman! I mean, I'm okay with that! for reasons [Inaudible shit] Some of these laws are downright ironic too, like one time in England, it was illegal for you to commit suicide, but that's not it! Breaking said law was punishable by death! SKOOKETH And then there's Florida, which is an entire different planet that we should really think about getting rid of Did you know, that in Florida, it is both illegal to have oral sex, and sex just in the missionary position! They're tryna control your sex life out there! If an elephant is left tied to a parking meter, the parking fee has to be paid just as it would for a vehicle WHY ARE THERE ELEPHANTS IN FLORIDA, MAMA?! And has this happened more than once?! Florida is really just

THAT off their marbles! To the fact that when people walked outside, and saw an elephant tied to a parking meter, all they cared about was the fact that the parking meter was not paid! WHAT EVEN IS FLORIDA?! California isn't better either – NO! We're banning animals from being animals! In California, it is illegal for an animal to mate publicly, within 1500ft of a school or place of worship So when spring-time comes along mating season, In my head, I am just imagining a bunch of cops just waiting (WAITING) to see two squirrels getting their hump on, and writing them a ticket! THROWING THEM IN JAIL?! *FUCKING DUMBEST SHIT I HAVE EVER HEARD!* And then there's the homosexuality law YEP! IT'S ONE OF THOSE VIDEOS! Did you know that seventeen states still have a ban on some type of homosexual behaviour And two states have a ban on homosexuality altogether! Even though none of these people are getting severely punished for breaking any of these laws, these states really think that making it a law will stop people from being gay?! "Oh, I can't have gay sex in seventeen states?! Then, damn it! Forget it! I'm gonna be straight!" Does that make sense?! Also, there was a point in time when interracial relationships were illegal! And that didn't stop anybody! I am thankful that I was born in a time when this country, and most people, are way more accepting of the LGBTQ community than ever before! But that doesn't still mean we don't still have a long way to go! For all you people watching that are still discovering your sexuality, just remember that no matter what other people say – no matter what state says, no matter what the federal government says – nothing is wrong with you! You are being perfectly human, trying to find out who you are, trying to find out what you like, and no-one's judgement matters, but your own Candid is amazing! It has really opened my eyes to discover that some things don't have to be the way they are! It could be the site acting like we have no other choice! And that is what prompted me to make my own Candid group – MacDoesIt – to be a safe place for you guys to talk about your weird frustrations in life, from LGBT issues, politics, how your mother didn't feed you breakfast this morning Also to occasionally post the weirdest laws you have ever seen in your life! But I highly suggest you guys go and download Candid It is really fun, it's interesting, and very informative

There will be a download link in the description! Now – ON TO THE SURPRISE! This surprise is sponsored by Candid, by the way JUST WANT TO BE CLEAR! So, people have been telling me that I should start thinking about making merch Shirts, posters, hats, [?] – all that mess I am a very picky person about the things I put out into the world, so the process of me making merchandise has been quite slow! I have actually come up with a design, that I ended up not really liking But the shirt has already been printed! It says "BWAH!" in the corner in a little speech-bubble, because I am adorable

And then I thought, instead of completely just throwing out this shirt, why don't I just give it to you guys?! Not this exact shirt Like, I feel uncomfortable giving you guys something that came off my body I will get one reprinted, and send it to you guys! So, if you want to win first-ever almost-Mac merchandise (Oh, my Gosh – that sounds so pretentious) then this is what you guys need to do Download Candid (the link will be in the description), join my Candid Group (MacDoesIt), follow me on Twitter (@Machaizelli), post a screenshot that shows proof that you followed me on Twitter, with your Twitter handle in the description, to my Candid group And next Friday, September 16th, I will announce the winner both on my Candid group, and on my Twitter profile