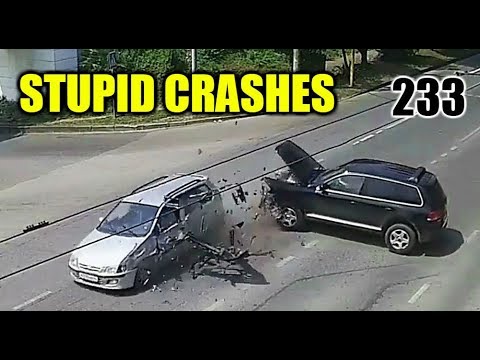 oh dude you're a clown automotive scabies here's what you need to do to be so awkward? car scabies part 2 disappeared from the place crash = deprivation of a driver's license for a year "something I forgot to do, but I can not remember what exactly" remembered! put on the parking brake the owner of the car with the camera is looking for a truck driver to compensate for the damage, otherwise he will report to the police slightly unsuccessful parking bus fans of the national team of Mexico in football, in St Petersburg

that's what the dash camera is for the motorcyclist broke the stamen, but otherwise he's ok in Russia, the ambulance and the police, is on the spot crashing, before crash occurs bear service politeness (bear service courtesy (when I wanted to do a good deed, but created problems)) intimate proximity of a bicycle and a car minute of mysticism you see a gray Mercedes in front? this guy is probably a sorcerer, a descendant of Rasputin I curse you my shlopanets (sneakers in Russian) strange but the curse affected the Mercedes that in a minute hit the crash a minute later Serpukhov and the secret base of the aliens in this place anomalous gravity well, then no one will steal the lights of this Tоuareg in Russia, they massively steal with the help of a plunger for 5 seconds headlights are expensive extreme degree of surprise Double punch sleep behind the wheel leads to a fresh salad of greens in bad cases, to a meat chop the teenager hijacked his mother's car policemen started chasing the yellow Pokémon the pokemon was caught talks about coffee oh well done hold on! hold on! the wheel exploded he is such a good fellow! right in front of us he is a cute boy let's try to go on the road! can not? woman: he has good self-control the brakes of the bus went on vacation luckily everything ended well three in heaven, three in hospital Wow! Belarus USA South Korea, as far as I understand the gas pedal jammed taxi driver in the hospital, but maybe in heaven England What are you doing, pussy of a clam! blyat yourbunnywrote! Do you think that I will give you the way blyat? come on blyat idiot come on! (davai !) and it's all? Houston has a contact and it's all? saved on the dash chamber of course Looks like an Opel Calibra, but it's Lada 2110 Get out! Come on! Come on!