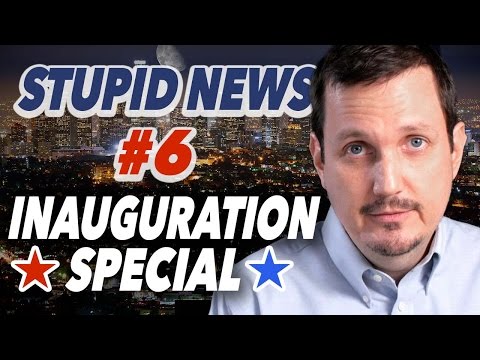 Today our 45th president took the oath of office, solemnly swearing to preserve protect and defend the Constitution of the United States And tonight Kellyanne will go on Fox and explain what he really meant

I guess this answers the question "what's the deal with Netflix?" And that's all the stupid news i can stand If you laughed, drop me a like or comment or subscribe for a taste of italy like mama used to make I'm still Ian Dukes and i'll see you next time