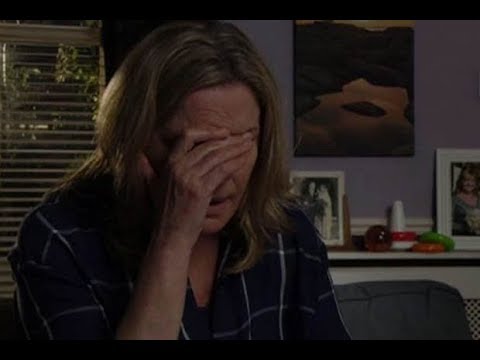 EastEnders fans outraged at 'stupid' Steven Beale baby monitor blunder 'How ridiculous' Jane Beale discovered Steven Beale and Abi Brannings shocking secret during the episode After confronting the pair about why Abi had been giving Steven anti-canine inflammatory tablets, Steven tried to lie his way out of it

He told Jane that the doctor had stopped his prescription so Abi tried to find him a solution HORRIFIED: Jane found out the sick truth tonight But before the conversation could go any further, baby Louie started crying and both Steven and Abi went to check on him While upstairs, they revealed their whole plan of running off with Louie together, and exposed Stevens tumour lie, unaware that the baby monitor was playing everything to Jane downstairs Jane decided to keep Stevens secret, but the ordeal is far from over

CAUGHT OUT: Abi and Steven talked about their plan in front of the monitor EXPLAINING AWAY: Steven tried to get Jane to believe his lies But fans were distracted from the drama by how stupid Steven and Abi were to forget that the baby monitor was there One said: No one ever learns in EastEnders always turn the baby monitor off before having a secret conversation that will blow your family apart Another added: Surely Steven and Abby arent that stupid in Eastenders? They knew the baby monitor was in the room with Jane so why spill the beans?

WHAT NEXT?: Is this the end of the road for Steven? A third wrote: The baby monitor was on the table before they went upstairs, how ridiculous EastEnders continues on Monday at 8pm on BBC