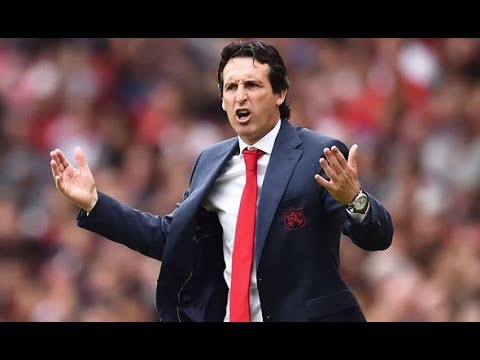 That is the opinion of former England and Premier League manager Sam Allardyce Arsenal were beaten 2-0 in their opening game under new Spanish head coach Emery  It was clear from the outset the Gunners were adopting a different style of playing out of the back, especially from Cech’s goal kicks  The former Chelsea star did not look comfortable, especially in the first half, and almost scored an embarrassing own goal when trying to pass to a team-mate  And Allardyce says it was the wrong approach against a team like City, who adopt that tactic themselves  “It is the manager’s fault

It’s his fault,” Sam Allardyce told talkSPORT “Don’t ask somebody to do against Manchester City what you shouldn’t do You shouldn’t play out like that against Manchester City “What do Manchester City do? They press, press, press so why do you try and play out when they press, press, press?  “Even the Arsenal crowd cheered when he [Cech] dropped one in the opposition’s half  “You cannot just force ‘the only way to play is this way in this country’ “We are getting obsessed with this stupid ‘let’s play out from the back, split the centre halves either side of the 18-yard box and go and play from there’  “It’s utter rubbish to play like that all of the time “When you’re the best at it [like City] then you can do it ” Cech started and captained the side instead of Germany international Bernd Leno, who arrived from Bayer Leverkusen in the summer  And Emery has explained why he picked the 36-year-old for his opening game

“We want competence with the goalkeepers and all the players in the squad,” Emery said  "The position is the same as the others and there is the same chances for all the goalkeepers  “Today, Cech played good And he has this experience of defending our goal "Leno is starting with us He is working very well, he played also well in pre-season "But he can wait to arrive his moment ”