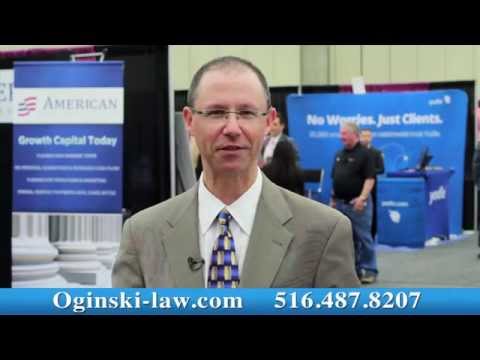 Find out how a prank on New Year’s Eve went so bad it resulted in the death of a young man and now the family turned around, bringing a lawsuit seeking compensation for the harms and injuries that he suffered Find out why a judge gave this family compensation of $1

5 million dollars You want to learn what this is all about? Come join me as I share with you this great information Hi I’m Gerry Oginski I’m a New York medical malpractice and personal injury trial lawyer practicing law in the state of New York

I have a few minutes I’m at a conference of the American Association of Justice here in Baltimore, Maryland and I wanted to share this great information with you Now here’s the scenario A group of people, probably in their early 20s, were now it’s New Year’s Eve They all got hungry and they decided to buy some alcohol

They go into a convenience store One of the guys is visibly intoxicated He goes, grabs his beers, he puts them on the counter to pay and now the clerk is waiting for everybody to come with their groceries to pay for it But now this guy who is so visibly intoxicated decides he’s going to pay a little fun on the clerk So he takes one of the beers, he shakes it up vigorously, reaches over pops the top

It sprays out all over the clerk and now he’s totally soaked Well, it wasn’t so funny You want to know why? Because the clerk reached under the counter pulled out a 9mm handgun, boom, shot this kid dead instantly Kid is dead, over in seconds Now how do we know this? We know this because there was surveillance video and it showed every single step that I just described and it was horrible

So now the guy who committed this murder winds up going to jail for many, many years But now the family comes to us in the law firm and says, “Hey listen Is there anything you can do to help us get compensated?” And now we actually had to bring a lawsuit against the convenience store owner, as well as the guy who pulled the trigger Now here’s something remarkable They didn’t have insurance to cover something outrageous like this

So what happened then? They defaulted on this lawsuit which means we went ahead and filed the lawsuit on their behalf, they had no money and no insurance and they basically said hey do whatever you want So imagine the Mets show up to play the Yankees and the Yankees say hey we’re not going to show up The Mets get an automatic default – same exact thing here So now there was a hearing to determine how much compensation this family should be receiving as a result of this person’s carelessness and intentional conduct And as a result of that hearing, the judge determined that this family was entitled to be compensated for $1

5 million dollars The key challenge here was how to collect that money because clearly they didn’t have it to begin with So why do I share this great information with you? I share it with you to give you an insight and an understanding into one case that I handled that was so tragic and now the family came to us seeking some type of help to get them compensation You know, I realize you’re watching this because you have questions or concerns about your own particular matter Well if your matter happened in New York and you do have legal questions, what I encourage you to do is pick up the phone and call me

I can answer your legal questions You know, this is something that I do every single day and I’d love to chat with you You can reach me at 516-487-8207 or by email at Gerry@Oginski-lawcom That’s it for today’s quick video