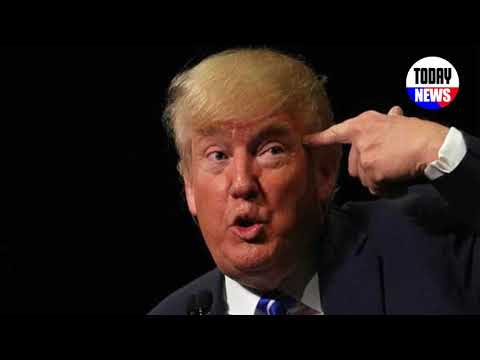 As people start to get their hands on Bob Woodward’s new book Fear: Trump in the White House more and more disturbing excerpts are leaking out, painting a portrait of an administration in complete disarray The executive branch has been carved up into a series of shadow governments, with aides jockeying to influence, undermine, and exploit the president’s powers

One of the most memorable anecdotes from the book thus far is about Trump’s former National Economic Council Director and Chief Economic Advisor Gary Cohn, who allegedly stole a trade document off the president’s desk so that he couldn’t sign it, leading to the president promptly forgetting about it altogether Now, another stunning Cohn story has emerged According to Woodward, Trump’s first meeting with Cohn was an unmitigated disaster that reportedly left Cohn “astounded” The two of them discussed the best way to tackle the national debt, which currently stands at over $21,000,000,000,000 Trump’s “solution” was so incredibly economically illiterate that it almost reads like a joke

He suggested simply printing more money to pay off the debt Cohn tried to explain the myriad of reasons why such an approach would not only work but would prove “detrimental to the fiscal and economic health of the US” He tried to explain that expanding the monetary base so drastically would cause mass inflation which could destroy the global economy Cohn also had to explain to the President of the United States that there is a federal debt ceiling, which must be raised before a certain debt threshold can be passed

Despite Cohn’s best efforts, Woodward writes that “It was clear that Trump did not understand the way the US government debt cycle balance sheet worked” It can’t be emphasized how truly shocking this story is President Trump has no idea how the massive economy he has been tasked with presiding over works

It also complicates how we analyze Trump’s past policy decisions If he really thinks the federal government can just pump out new money to pay for everything it wants, why make any spending cuts at all? Why gut federal agencies and freeze pay raises? Why brag about his massive military budget if he could just double it, triple it, quadruple it? Here we see two contradictory, equally clueless worldviews intersecting, with the only constant being Trump’s profound ignorance