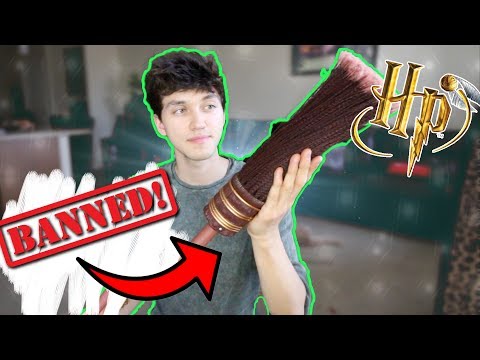 Hey guys, how's it going welcome back to another video! So if you're in the mood to watch a 20 year old play with kid toys, this is the video for you I actually love doing these kind of videos

So basically throughout the decades people have made a lot of different kid toys, and some of those toys suck

So yeah, I'm basically just going to make fun of those toys today I want to start off with this one It was actually banned when it first came out because well, you'll see you'll see why It looks really innocent, it just looks like a normal Tarzan toy from 1999, and it is just an innocent toy until you play with it I'm just going to push the button and you just see if there if you can see anything a little off about this toy what the? toy company made a jacking off Tarzan What does the hand motion he does even add to the toy? And the sound doesn't help either

The strokes are so big Tarzan must have a big( ͡° ͜ʖ ͡°) As a small, as a small kid they probably wouldn't notice what it really looks like but Come on Watch It'll look a lot worse if I take off his clothes – I bet What am I filming BuT wAiT, tHeRe'S mOre

This is a good hate comment It kind of hurts more when Tarzan says it then when I read it This function is so stupid Why does it? Why is Tarzan repeating what I say it doesn't even sound like Tarzan I thought it, it just repeats my voice My question is how, how did no one say anything? Like this made it the stores, and just no one said anything, like they're just all at the conference table having a meeting this toy is in the middle of the table about to go on sale, they use it, and they're all just like yeah, let's sell this shit That sounds so stupid to say but, something like that probably actually happened because parents were really mad when this toy came out in 1999

Next one this is kinda like a tradition Every time we talk about a different alarm clock which sounds so intriguing Alarm clocks, because people have made so many different types of alarm clocks And this one is supposed to fly away from you and the sound doesn't stop until you put this back in Let's test this though I wonder if anyone actually uses this to wake up like everyday BrO Oh my gosh it's like a- That was the lamest thing I have ever seen

It got like two inches of air, and then it just fell to the ground Let's try that again This isn't what it's supposed to do Well this is a great product whoever made this, thank you for your contribution to society Next toy, now this one I've been trying to get ahold of this one for like a year It's also a banned toy when it came out it came out in like 2000, so this is like a 17 year old toy, and it's just this It's a Harry Potter toy broom, but the reason that it got banned was because it vibrates

Just take a second think about where the broom goes, and where kids would feel the vibration So to test this out So to test this out kids would use it just like they would in the movie So they would put it between their legs, and really this is good enough for kids like it doesn't need a vibration function I look just like the people in the movie, right? So let's turn on the vibration feature now Ew! I feel gross just using this My question who, who thought it would be a good idea to make a kids toy That goes between your legs, and then vibrates

The kid in the advertisement picture seems to be enjoying it though He looks confused, yet happy so he probably just figured out the vibrating the vibration function it What the hell does it add to the product besides it making it perverted? That's the only thing When I was using it was just kind of loud, and the vibrating didn't give me the illusion that I'm flying or anything

Speaking of that just imagine the toys that kids are going to have in like 200-300 years Like they're going to have brooms that can actually fly, and we have this I'm making fun of the toy, but maybe I shouldn't because it actually did get good reviews on Amazon like this one, when my twelve-Year-old daughter asked for this for her birthday, I kind of wondered if she was too old for it, but she seemed to love it Her friends loved it too They played for hours in her bedroom with this great toy They really seemed to like the special effects it offered, the sound effects and vibrating My oldest daughter (17) really likes this, too I recommend for all children

awe How sweet so maybe this is a good toy? I'm actually going to keep it and give it to my daughter when I have kids Next toy, this one is a kid's toy cleaning set it comes with a mop a bucket a broom Again this is supposed to be a kid's toy, and the reason I'm showing this in this video is because if I had a kid, and they said they wanted a cleaning supply set I would just get them a real broom and a real mop and then they could play with these things and actually clean my house uh Genius Like since when is doing chores at a kid's toy, like as a kid there's a thousands of other toys I would ask for before, I'm like Mama can I get a cleaning set for Christmas

The catch phrase on the box said the kid who loves home is a good baby? What the fuck does that even mean? This was made in China, so someone that doesn't even speak English probably thought that sounded good for a slogan Even the baby on the package She's like what the fuck I don't want to clean mom Also, is that bleach in her hands that she's sipping on There we go

That's better Warning, this package is not a toys That's not a sentence Yeah, this is definitely made by just some random Chinese person, okay moving on I'm sorry I just spent the last like 30 seconds just roasting the packaging Next toy, now this one truly holds up to the title of this video because it is, it's very stupid

It's called a Scratch-O-Matic, and it's for people too lazy to scratch an itch themselves So you could buy this and it'll do it for them I don't why This is what it looks like this was someone's baby, this was the product that someone's life was dedicated to making for while

Let see if it at least works to fix an itch it doesn't even work, the second it touches your skin, it's not powerful enough to keep spinning I want to meet the person who made this and slap them I'm just kidding this toy is literally so stupid though I'm mad at myself just for spending money on this

Yes, I remember when I went through puberty and I was just a little boy and I just turned my arm a little and Everything grew Everything (Wink wink) I mean I get like some parents not wanting their kids to have this kind of toy, But I don't know about banning the entire toy What do you think, should this toy have been banned because it grows boobs or not? Lemme do it again but an up close shot They should have made a Ken doll version of this, where his balls drop?? Nevermind

I never thought I would say this but I now own two barbies, as an adult A pregnant barbie from the last video, and now I own a puberty one as well What happened to the baby? I lost the baby! See now she's not pregnant now, now she just ate a lot at once Ok well, that's all the toys I'm going to talk about today If you enjoyed it like always, hit the thumbs up button, to let me know it helps me out and it also tells me, how many people Like these kind of videos