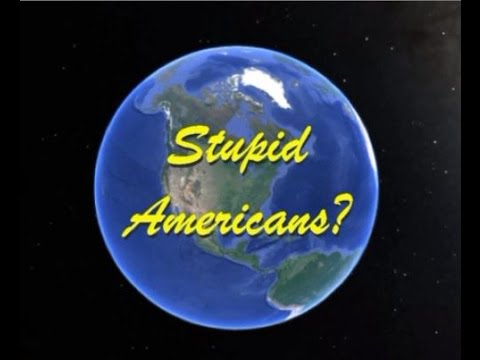 Welcome to Common Sense Back in the 60's and 70's We only had three television channels to watch the news ABC, CBS and NBC And the news anchors were noteworthy men Such as David Brinkley, Chet Huntley, and Walter Cronkite Papa Walt, as they affectingly called him, Was considered the most trustworthy man in America Back then, it really didn't matter Which channel you watched for the news You got the same information Because their stories were all fact-based without any political skewing In fact, Chet Huntley, during an interview stated, that he took great pains to ensure That his personal views did not affect his reporting during his years as a journalist Back then,we didn't hear words like Terrorist, Hackers, ID theft, Trillions in debt, TSA Which by the way, TSA really means Thousands Standing Around But then in the 80s and 90s, other cable news network's starting to pop up And with the advent of cable and satellite TV That offered a billion channels, Competition was fierce But they were backed by rich liberal donors That knew this was a good way to get their left wing agenda out there According to MRC Business, George Soros, for example, has donated more than $8 Billion Funding media properties promoting his liberal positions – like Pro-national health care, Pro-Big Government, Pro-abortion, Pro-illegal immigration, Pro-drug legalization, Anti-Israel, Anything that is Anti-American He has funded over 30 mainstream media news outlets Such as Washington Post, New York Times, the Associated Press, CNN and ABC And made sure that they had employees in high level positions in these companies They wanted to control what people heard by spoon feeding the Stupid Americans They would slant the news with distortions of the facts Often times, making them up If the story was damaging to those on the left, It was generally played down, briefly mentioned, or not mentioned at all in their broadcast But, if the news concerned those on the right They would literally hammer them by putting a spin on the story I have a feeling that after each broadcast, these talking heads, That's what I call them that because their definately not journlinists They would celebrate with cocktails after work Thinking that they had just pulled the wool over a bunch of conservative Stupid Americans Let me give you a couple of examples And you tell me which you think are Common Sense Example one:General David Petraeus, brilliant Commander, US

Forces Afghanistan and later Director of the CIA, was busted by the FBI because he took a handful of classified documents Home with him and placed them is a desk drawer, an unsecured place He was hammered by the left and they burned up a lot of air time on the story Consequently, he was charged with unauthorized removal and retention of classified information A Federal Judge sentenced Petraeus to two years probation plus a fine of $100,000 And was forced to resign from CIA Example two: When I was in the Navy, I worked for a time in communications That required me to handle classified material To do that job, I had to have a security clearance When I received it, I was told, in no uncertain terms, to respect that authority and be diligent On how I handed any classified material Failure to do so, could mean prison time Obviously, I took my position very seriously Example three: Hilary Clinton had a myriad of classified material sent to her own private server instead of going to the State Department When caught her answer was, “Opps, I made a mistake” Well, the FBI is checking this out, But since the White House's controlling them, I am not really holding my breath Example four: After the Benghazi hearing with Hillary Clinton, the left media claimed that she nailed it, Completely ignoring the obvious Well, I know I may not have both oars in the water all the time And I may have problems tying my shoes But after watching the hearing, It was pretty clear, even to me, that she had lied to the American public And to the families of the four we lost over there If you ask someone on the left What major accomplishments did she achieve while Secretary of State They look at you with a befuddled look on their face She really did accomplish one thing

Because of her, four Americans died Her punishment, she is running for President of the United States, Thanks to the blinders worn by the liberal media Well, did you figure out which one's were Common Sense? For those of you on the left, it was the first two examples Damn, I hate giving away answers about the obvious Well, I hate to burst your bubble CNN, MSNBC and CNBC But we are definitely not Stupid Americans We figured out very quickly that your news is backed by the left uber-rich Back in the early days, the average American He would take a few minutes out of their day Set down with a cup of coffee And maybe a couple of doughnuts Flip on the TV to watch the news Just to see what the hell was going on out there And he assumed it was going to be straightforward and honest reporting, which it was back then But now, if he hears the same story from the various news organizations He's not really sure what's really happening Consequently, he gets to a point where he just stops watching the news Gives up his daily coffee and doughnuts, and sticks his head in the sand He has just flat given up because of all the bias And slowly becomes oblivious to his surroundings and loses touch with what is happening out in the real world Terms like Benghazi, ISIS, Planned Parenthood, Black Lives Matter They don't really mean a thing to him, because he has never heard of it He has no clue I hate to say it, but that reasoning is quite understandable I even blame myself for giving up on the news for a long time Because I didn't know who to believe anymore But you know, we are not Stupid Americans When you watch the top cable news networks Such as CNN, CNBC, MSNBC, Headline News and Fox It doesn't take long to realize which ones are on the left and which are on the right CNN, CNBC, MSNBC are so far left it's unbelievable Headline News, I'm not to sure where they stand Fox news has been accused of being on the side of Conservative, in other words, the Stupid Americans It is quite obvious to us that they are the only network that backs up their stories with facts They are the only news network, willing to have other journalists on their broadcasts who are from the left to debate the issues and provide the Stupid Americans with both sides of the story providing they have the facts to back up their statements Leaving us, with the option to make up our own minds You will never see that on the liberal news networks They really fear FOX news and very few of the top raking liberals are willing to be interviewed by them How come the Democratic debates are not going to be on FOX? Just the liberal news networks Could it be that they are afraid they will be asked questions they can't back up with Common Sense? When you look at the Nielsen ratings, Almost 52% of us watch Fox news But it takes the total combination of the other four big news networks to make up the other 48% Fox has such a commanding lead that only 20% watch MSNBC which is in the number two spot That huge gap tells me that maybe 52% of us aren't so stupid after all In a way, I kind of feel sorry for the other 48% Because in reality, maybe THEY are the stupid Americans But then again, That's just Common Sense