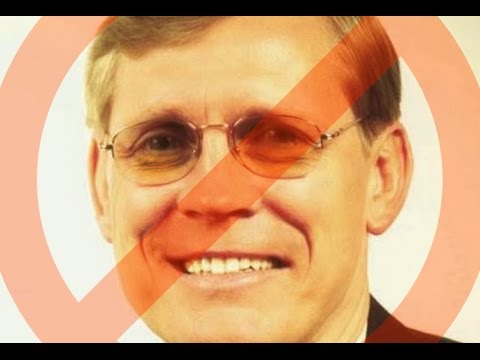 Here are this week's top picks Alright, at the onset I think it prudent to start by revisiting Matthew chapter 10 verses 34 through 37 Think not that I am come to send peace on earth: I came not to send peace, but a swordFor I am come to set a man at variance against his father, and the daughter against her mother, and the daughter in law against her mother in lawAnd a man's foes shall be they of his own householdHe that loveth father or mother more than me is not worthy of me: and he that loveth son or daughter more than me is not worthy of me

Unlike devote christians, I was not indoctrinated into any one particular interpretation of biblical passages such as these I can imagine that your pastor/priest or Sunday school teacher had a convoluted re-imagining of these verses that distorts their meaning so as to hide the otherwise obvious immorality and disturbing nature of their demigod Once indoctrinated, its easier to explain away or reinterpret passages to sound less offensive, then to question the source, the subject matter and the teacher When you have invested a great deal into a worldview, it can be incredibly difficult to look critically at it and accept legitimate criticism from others, but if you value truth, then you have an obligation to search out and confirm if your beliefs are in fact true Now lets get into the specifics of this particular verse What I gather from reading it is not a character named Jesus informing us of the hardships one might face if we choose to follow him, but instead a statement of his intention and a call to division It is common knowledge that many of the famous and infamous cults program their members to break off familial ties and devote all of themselves to their leader

This passage in Matthew is but an early example of such instruction and belies a latent insecurity within Jesus Not only must one be pitted against one's family, but we are commanded to cast off our love for them and devote our lives and love to this radical rabbi of the first century Surely, this characterization is uncomfortable to one who believes, nonetheless, if believing in true things matters, then you ought to consider the meanings of words and sentences as written within your cherished god book Ignoring whats actually written, and reading into it what you desire it say, is not being honest If as Ronald Kelly is correct, and Jesus demands our full and undivided attention, above even our own families, what is this saying to the character of his saviour? I don't place my love for those in my life hierarchically, and I question a being that would require me to place HIM at the top, especially in light of the glaring fact that we are not even reasonably sure he exists

Finally, in regards to persecution and intolerance within families over religious (or non-religious) differences, such strife ought not happen It is an adherence to fundamentalism that begets such turmoil, and not a rational response to differing beliefs You are much more likely to see such conflict in religious homes where one member comes out as a non-believer or comes out gay The gift that keeps on giving Vegan Homeslice shows once again how it is possible to make a mess of very simple common terms

An atheist is one who denies the claim that a god exists due to the lack of evidence presented by theists in support of its existence I do not reject god, because I don't have a belief in a god to reject The default position on ANY claim ought to be disbelief until sufficient evidence warrants belief Now onto my personal motivations My reasons for creating this channel in part is to address the barrage of ill conceived arguments for the existence of a god, and to do my part to encourage a skeptical evidence based approach to life

The more of us who believe in things for good evidence based reasons, the better off all our lives will be Im not sure why Vegan Homeslice asserts that I have any interest in stopping people who do good things for others I have no such interest A god belief, or a membership to a theistic community is not required to do good, or be a decent human being Religions do not have a monopoly on kindness and charitability, and so you can drop the ancient mythology and help your fellow humans because you care about them

Like just about every vocal theist ever, Mr Homeslice makes grand claims and Im calling them into question

He states matter-of-factly that the bible is divinely inspired What evidence can he or any theist provide to corroborate such an exceptional claim? Women finding an empty tomb 2000 years ago? 500 witnesses of a zombie jesus? A prophecy fulfilled? Please There are far better natural explanations for all of these points, not to mention the very circularity of using the material to prove the material's trustworthiness and origin Its going to take exceptional evidence to warrant a belief in the exceptional, and the bible just doesn't cut it Digging further into the comment, Vegan Homeslice again makes assertions without providing evidence to back them up

There is zero evidence that free will, if it really exists, was given to us by anyone Our ability to make choices is a natural expression of the evolutionary advantages afforded to us over millions of years and countless species What evidence can be provided to illustrate that free will is giftable? What evidence can a theist provide to sufficiently warrant a belief in a free will giver? The bible? I'm sorry, but we are not going back to that again Next I would like to address the ignorant remark made that " [I] do not believe in anything", which is unfortunately all too common As an atheist, I believe in a whole lot of things

Atheism isn't a rejection of all beliefs, it is a rejection of the evidences specifically regarding the existence of a god or gods My atheism tells you nothing about the positive beliefs I hold, it only informs you of my position on one topic Lastly, the words "smart man" and "Kent Hovind" should NEVER be used in the same sentence unless the word "not a" proceeds it Kent Hovind is no doctor, and his degrees are all worth less than the toiletries I regularly use to wipe the dark recess of my bottom He is a scam artist, a liar, and a criminal

Currently in prison serving a ten year prison sentence after being convicted of 58 federal counts, including 12 tax offenses, one count of obstructing federal agents, 45 counts of structuring cash transactions, and most recently guilty of criminal contempt in federal court His young earth creationism and arguments against evolution have been thoroughly debunked, so I will not rehash all that has already been stated If by "dick" he means "highly skeptical and critical" of religion, I devote a great deal of time and effort because I see great harm caused by and for religious reasons When a person leaves their brain at the doorstep of a parish, they have ultimately relinquish their freedom in society Your priest tells you what to think, what to do, how to act, who to vote for, and holds a carrot of eternal bliss over your head, and the fires of hell licking at your feet in order to keep you inline and obedient

Religious institutions hold way too much sway over their congregations and their lives, effecting not only those that believe, but those that don't Ive said it often, and I'll say it again, If theists kept their beliefs to themselves, away from politics, science and education, I would have much less concern with what they profess to believe in Unfortunately they are not content to merely believe, as many of their leaders command them to search out new victims, influence politics, and the rewrite or create new laws based upon their archaic world view Now, in response to William's claim that I hypocritically condemn bashing while simultaneously engage in it, he either willfully misconstrues my position or ignorantly presents it Others may find personal insults to be an acceptable method to communicate with others, however I prefer not to

What I do is display comments that are great examples of skewed thinking, and I strive to address the content of the comments, while not resort to insulting the author If in the past I have slipped up, and said something flippant and personal, my flawed emotionally driven ape brain is to blame Religious institutions and the beliefs they hold ought not be immune from criticism and ridicule I do not hold to the social convention that religious beliefs are off the table from critique If you believe something for poor reasons, I am well within my right to express my disagreement and point out where I think you have gone astray

Next I will address William's contention that I've dropped a significant number of subscribers due to some perceived viewership disdain Nothing could be further from the truth My youtube subscriber base has seen a very healthy growth ever since I started creating and sharing videos on my channel, and today I am nearing 60,000 subscribers The problem with making up youtube statistics is that you can easily provide evidence to expose the lie Lastly, what I do with my time is my business

If you don't enjoy my content, then do yourself a favour and don't press play I enjoy the videos I create, and I suspect that a good portion of my growing pool of subscribers does as well Which comment would you vote to win the Dumbass Comment of the week award? Would it be: 1) Ronald Kelly who thinks that Im a jackass and misrepresenting the words of a 1st century radical rabbi who was really a god in human form 2) Vegan Homeslice who thinks that Kent Hovind is a smart man and who can educate us on the failures of evolution or 3) William Wiegand who believes that ive lost a large portion of my subscribers because no one likes me or my videos To vote, please leave your choice in the comment section below Choose only 1 winner Results of the poll will be made available on my Facebook page a week from today

Want to appear in a future video? I love fan contributions and helping other youtubers get some much needed attention and subscribers, so if you would like to send me a video reading of a stupid comment, bible passage, or a verse from the quran for a future video, email me at veganAtheist@hotmailcom