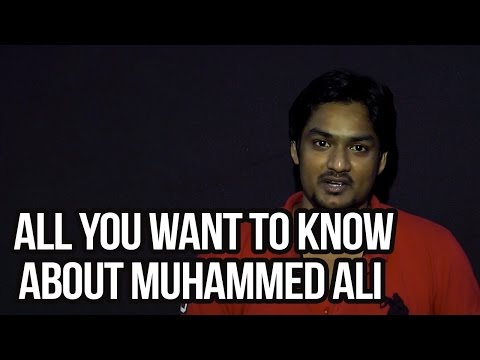 muhammed ali has passed away we upda rest in peace in status and leave it so does one day enough to remember about this legend? NO NEVER according to me he is my personal inspiration and a great legend who left his legacy deep to know that we had lived contemporary with ALI deeply we should be proud about that so more than just being a boxer as we all know he is a great human being and we are going to see about that in this video because since my childhood, i am following ali and with huge respect and as a devotee i dedicate this video initially, his name is not muhammed ali , his ral name is casius clay CLAY means a slave name which was given during colonial era, like australians being called as dacoits meaning thieves so even while saying, he says casius X and feels ashame to say his slavery name after knowing about preaching of brotherhood , peace and oneness in ISLAM he converted into muslim moreover in boxers opinion, he breaks all limitations and rules like breaking all the existing styles and created one for himself , for instance lowering the guards from his face even today there are many who broke ALI's records but the reason we still celebrate him his due to his courage, belief, and humainity so the first thing is BELIEF: he used to say a quote," I AM THE GREATEST I SAID THIS BEFORE I KNEW I AM " that affirmative power, positive thought, visualisation and beating the craft again and again i l share his debut match incidence with sony liston it was great match and liston was already a heavy weight champion , but ali did not show any ounce of fear in his face, he shouted his victory before entering the arena And eventually muhammed ali knocked out sonny liston and won his first title now as a human: there was a war in vietnam in the vietnam war, muhammed ali was ordered to lead the troops and ALI know well, that incase if he refuse what his govt say, then he l face penalties and that will be a huge backlogs for his boxing carrier eventhough knowing everything, he just refused it by saying , i wont kill my fellow human beings at any cause Likewise when many asked, why cant you date a white women he said: if i wished to marry a white women i might did it anytime i might also straighten my hair and loose my identity as of like many black men i need to show that i am black, and i am not a slave anymore if anywhere in this world a black is born , and everytime he sees me ,he should feel proud and get motivated this what mohammed ali wished to happen moreover like other boxers , he wont show his physical power to hurt someone badly rather win by rounds, and he wont hurt someone badly to show his heroism 3rd thing is about his COURAGE: in 1976, there was a title match and it was considered as match of the century in that match george foreman faces muhammed ali george foreman is about 23 year old and ali is already past 30 and all the predictions claimed that foreman will win for sure and he is damn powerful maximum the match will last for 5 minutes and george is very powerful comparitively but muhammed ali was very cool and believed himself 100% that time a reporter said, the world predictions are pro george and he also adds that ali is not what he was before 10 years

for that ali replies: "oh my dear reporter this is what your wife told me about you, that you are not what you are before 10 years ago now the match is going to start, and press meet is conducted before the match in the prss meet, george foreman says, ali will be over within 2 rounds but ali without respondng to anything, he starts doing live commentary about the match yet to happen And the end result is watch it