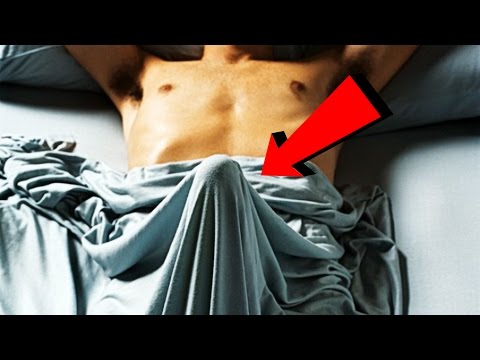 A 33-year-old man from Leicester, England was found dead in his home with multiple stab wounds to his chest It was initially suspected that he was killed by an attacker, however, there was no evidence to support this

Not only this but the 33-year-old man had no suicidal intentions So how was he possibly killed? To put it simply, he purchased a jacket which he believed was stab-proof…yep, you can see where this is going…a stab-proof jacket…and had the smart idea to test this out on himself, which as you gathered did not end to well for him Instead of testing the jacket by simply stabbing it with a knife, he decided to stab himself while wearing the jacket You can’t help but think that when he stabbed himself the first time and the jacket didn’t work, why try again? A 45-year-old man made a daring but foolish decision after he lowered himself into a lion enclosure at Kiev zoo in Ukraine After removing his jacket and shoes, the 45-year-old lowered himself into the enclosure, which held four lions, using a rope

The man then shouted, “God will save me, if he exists!” while horrified onlookers screamed at him to get out However, it was too late by then as this attracted the attention of a lioness in the enclosure who pounced on the man and slashed his throat, severing his carotid artery The man was instantly killed and 10 puncture wounds were left on his neck Two women bet a Russian man by the name of Sergey Tuganov that if he could satisfy them both for twelve hours they would pay him a few thousand dollars Tuganov accepted the challenge and brought it upon himself to take Viagra in order to keep him hard and ready for action

As with most pills, Viagra can cause some side effects including diarrhoea, headaches and flushing and in rare cases; strokes, increased or decreased blood pressure and even heart attacks That is just from taking one pill, by the way However, Tuganov decided to ingest the whole bottle of Viagra He soon found out the ‘hard’ way as minutes after winning the bet, Tuganov died from suffering a heart attack A 38-year-old Lawyer called Garry Hoy died after claiming that the windows of a skyscraper where he worked were “unbreakable”

Instead of the glass breaking, it popped out of its frame sending Hoy to plummet 24-storeys to his death I guess he was technically right in saying the glass was “unbreakable” as it didn’t actually break but regardless he fell to his death Hoy was considered as “one of the best and brightest” members of the law firm where he worked, however, he wasn’t too bright on that particular occasion This death was so stupid in fact that it actually won a Darwin award in 1996 for the most stupid death A Polish farmer was drinking with his friends when it was suggested that they strip naked and engage in some “manly games” in order to determine who was more masculine than one another

They started by hitting each other with frozen turnips in the head… and no that is not a euphemism… before one of the Polish farmer’s friends took the game to the next level by cutting off the end of his own foot with a chainsaw The farmer wasn’t going to be out-done like this and so he grabbed the chainsaw and shouted, “Watch this then” before cutting his own head off