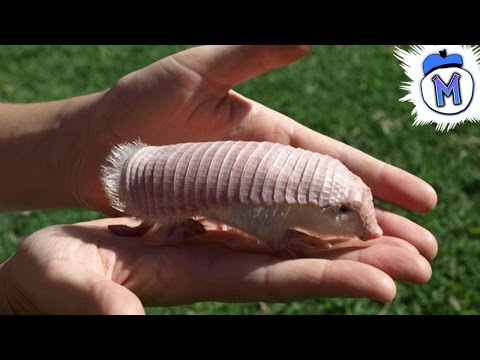 From lazy pandas that just want to die to dogs that eat hundreds of rocks, we count 9 of the dumbest animals 9 – Pandas • As endangered as they are, Pandas are really not doing anything to keep their own species alive

• Bamboo is about the only thing Pandas will eat, and it has virtually no nutrients Because of their diet, Pandas are constantly munching and lazing around with no energy If a female Panda can be bothered to get off her ass and mate once a year, she won’t even realise she’s pregnant Sometimes pandas give birth without even realising and freak out and kill the tiny crying babies • They might be adorable, but Pandas don’t seem to even care about living

8 – Sloths • Apart from their nightmarish faces and sleazy looking eyes, sloths are pretty baffling creatures • They’re the slowest animals in the world and spend up to 80% of their time sleeping in balls up in tree branches Once a week, sloths will descend their trees to take a poop on the ground and then slowly climb back up the tree No one knows why they don’t just poop in the trees like other animals • Luckily sloths generally live in warm climates because female sloths can’t digest food when they’re too cold

7 – Kakapo • This native New Zealand bird might is so dumb it might as well be have no wings or a brain • Even though the Kakapo looks like an owl and is technically a parrot, it can’t actually fly It evolved with no predators around to threaten it, but since man discovered the bird, they have significantly decreased in numbers In fact there’s only 150 birds still alive • Kakapos wander around the forest floors looking for food, and they freeze when their scared

They’re a predators dream 6 – Koala • Koalas are beloved Australian animals, but in reality they’re just tiny stoned toddlers covered in fur • These cute mammals have the smallest brains of any mammals known to man, making up only 2% of its body weight Their favourite food is eucalyptus leaves, which are so hard to digest that the animal had to develop four stomachs to deal with it They literally could just eat any other leaves

They fight viciously with each other and squeal like annoying little babies • They’re also filthy, it’s estimated about 90% of Koalas have chlamydia 5 – Flatfish • Some animals may look dumb, but have fascinating evolutionary skills • This guy is called a Flatfish When these fish are born, they look like ordinary fish

But when they hit puberty, one of the Flatfish’s eyes will literally migrate to the other side of the fish’s head to be with the other eye But it’s not just some sort of teenage emo fish phase, they also start swimming on an angle until suddenly they’re entirely on their side and can live on the bottom of the seabed • They’re very intelligent creatures but man they look so stupid 4 – Pink Fairy Armadillo • No, this is not a prairie dog wearing pastel coloured armour; it’s actually a Pink Fairy Armadillo • Unlike your everyday tough-looking armadillo, this little precious creature’s shell is not actually fully attached to its body

It is so delicate and soft that it can’t use the shell to protect itself from predators Apparently it uses the shell for more of a heating and cooling mechanism • Pink Fairy Armadillos tend to spend most of their time avoiding enemies by burrowing underground and chewing on ants and worms 3 – Noses • Evolution was not at all kind to these poor creatures, who have some of the dumbest noses in the whole animal kingdom • Firstly the Proboscis monkey, whose nose looks like a weird alien dick

How are the rest of the animals supposed to take him seriously when he has a penis for a nose? Then there’s also the Saiga Antelope whose snout is half elephant trunk, half camel nose and half vacuum cleaner • At least they’re still not as terrifying as the extinct dinosaur, Platybelodon No thank you evolution, not today 2 – Turkeys • The dumbest and arguably the most delicious of all birds has to be the classic domesticated turkey • You just have to look at these giant gobbly birds to see why they’re considered one of the dumbest birds in the world

Turkeys have a condition called Tetanic Torticollar Spasms, which means that every now and then they will stare at the sky for more than 30 seconds without blinking – even if it’s raining • Male turkeys also have a raging sex drive – they have been observed trying to have sex with mannequin turkeys and even just decapitated turkey heads 1 – Dogs • While some pets are very highly trained, these dogs definitely take the cake for doing the dumbest things ever • According to a pet insurance company, these were the most ridiculous claims made by their owners: This Labrador retriever whose name is ‘Stella Artois’ got her entire lower jaw stuck in a tin of beans Another dog allegedly got himself stuck in a refrigerator and ate entire thanksgiving ham while he waited for someone to open the door

Apart from a tummy ache and a mild case of hypothermia, the dog fully recovered • And finally a pug named Harley who ate over 100 rocks in ten minutes and pooped them out one by one So tell us, what’s the dumbest thing your pet’s ever done? Let us know in the reddit page linked below and you might be featured in a future countdown