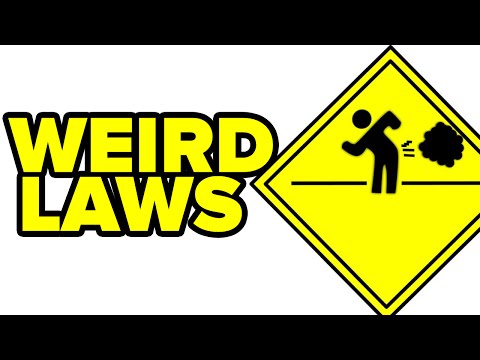 Instead keep honking your horn to get attention, and wait for a fine and some gas 8 Wifey’s Birthday In Somoa it is illegal to forget your wife’s birthday 7 Mind your donkeys In Oklahoma a donkey is allowed to be in a bathtub

But if it falls asleep in the bathtub after 7pm, consider facing a fine 6 Fat in Japan While sumo wrestling is a cultural symbol of Japanese culture, being faft is not In 2009 it became law for men not to measure over 31 inches at the waist, while women cannot have a waistline over 35 inches 5

Canadian Singers The Canadian Radio and Television Commission requires that out of every five songs played on a given radio station, one must be that of a Canadian singer Drake and Bieber fans can rejoice 4 Don’t die in Parliament Voted as the most ridiculous law by UK folk in 2007, it is illegal to die in Parliament But what would it matter unless somehow you came back from the dead? 3

Passing Gas Passing gas is qualified as a public nuisance Public nuisances and noise levels must go down after 6pm, so try to get it out before then 2 Lightbulb In Victoria, Australia, how many people does it take to change a light bulb? Just one, and they must be a certified electrician Law requires an electrician to change the lightbulb, or you can face a fine of about $10